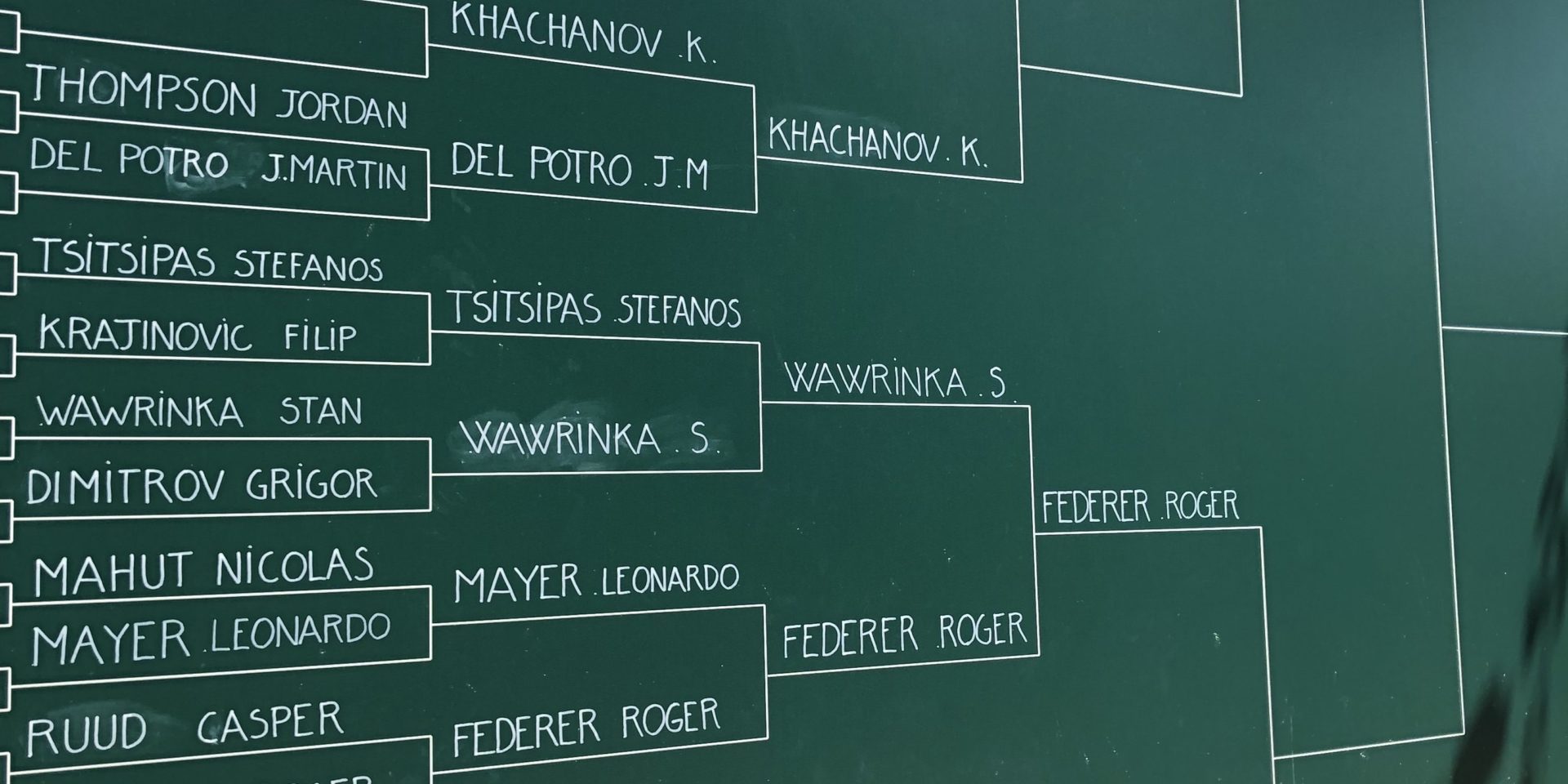 In 1915, Scottish Author John Buchan wrote the novel that has often been called the first modern thriller. The 39 Steps was Buchan’s breakthrough, and he would go on to pen a series of phlegmatic heroes whose main strengths were their gentlemanliness, honesty and never-say-die spirit.

104 years on, and having co-authored more thrillers than all but the most prolific of authors, Roger Federer and Rafael Nadal will step onto court together for the 39th time, two very Buchan figures writing another chapter in an extraordinary rivalry.

39 meetings in tennis’ great cathedrals. 39 titanic struggles for supremacy. Somehow, the question remains, is it really only 39?

Ask a hundred tennis fans and one suspects that all but the keenest would hazard a guess at a substantially larger number. Both men have played Novak Djokovic more often than each other, including at all four Grand Slams.  Astonishing though it may seem, the pair have never met at the US Open.

Why then is it these colossi whose collision feels weightier than any other?

In part it is a question of timing, of two players whose brightest plotlines have largely been written against and in reference to each other. It is always tempting to get sucked into subjunctive sport, a world of what ifs and who else’s, but with these two it is an unavoidable trap. Would Federer be Federer without Nadal? Would Nadal be Nadal without Federer?

It was the Spaniard who rose to prominence just as Federer appeared to be set fair for a decade of dominance. Djokovic would later emerge to shake up the old order, but it was Rafa who had already turned a one-man-play into a two man band. Each has made the other better. For Federer, finally here was a man who could truly challenge him on the greatest stages, whose genius set off Federer’s own and gave audiences the chance to witness more of it. Black and white into full colour, mono into surround sound. For Nadal, mount Federer was the unscalable peak that made him look for new lines of ascent, that made him strive for greatness not just on clay but on hard courts and grass.

Rafa’s emergence came as a sort of anti-Roger. The Spaniard dressed for play as if for a pool party, while the Swiss may as well have joined him at the net only after the butler fixed his bowtie, tennis a polite interlude before retiring for whisky and cigars. On court, the chasm grew. Balletic quick steps opposite sinew-stretching slides. Nadal’s extreme wrist position, heavy topspin and helicopter follow-through combatting Federer’s serene stroke-play.

Over the years, the contests between the two gave us some of the greatest finals ever. Rome in 2006, the Australian Open in 2009 and 2017, Wimbledon in 2007, and of course the repeat the following year that will go down as perhaps the greatest match of all time.

Tennis’s scoring system is unique in the way that some points count for more than others. A point at 40-0 is less decisive than a point lost at 30-40. The long rally that wrests momentum is disproportionate to its individual worth, a winner has a different impact than an unforced error.

It is in much the same intangible fashion that Nadal and Federer feels likely to be the rivalry that will stand the test of time, that will weather less visibly than Nadal-Djokovic, or Djokovic-Federer.  Not only have the matches been great but they have also been meaningful.

A record nine have been in Grand Slam finals, both explained by and explaining the fact that they remain the only pair to finish six consecutive calendar years as the top two in the world.

In our shared imagination, Fedal on Clay is a mismatch. One is a ridiculous 91-2 at Roland-Garros, and his 11 titles there are a record for any tournament. Even more absurdly, he shares that record with himself at Barcelona and Monte-Carlo, and is joint 2ndfor his nine titles at the Italian Open.

The other is 0-5 vs Nadal at Roland-Garros and 2-13 on clay. In the last of their meetings on the surface, he won just four games, and this year’s outing represents his first participation at the French Open since 2015.

However, whilst history remembers the volume of Nadal wins, both past and present suggest Federer’s chances are better than many might think.

Federer’s 11 clay court titles, which include a Roland-Garros crown, give the lie to the idea that he has never threatened. Five French Open finals puts him joint third on the all-time count, level with Ivan Lendl and Mats Wilander. Indeed, had Nadal’s unprecedented dominance not made the conversation moot we might be talking about Federer as one of the greatest clay court players of them all. If ever a story told more about the victor than the vanquished, this is it.

More recent history should prove even more encouraging. The Spaniard has not broken the Federer serve since the Australian Open final of 2017, and has not prevailed against his old rival since 2014, and whilst none of the five meetings since have been on his favoured surface, doubts must be lurking. Whether Nadal can brush them away like flecks of clay, or whether they make their mark at key moments will be critical.

A thriller distinguishes itself from a detective story by making us wonder what happens next as opposed to how something previously happened. One day, the story will turn to the how. For now, with this 39th encounter on the cards, we can again ask, what next?

Nadal will start a clear favourite on a court where he has been nearly unbeatable for a decade. The lefty forehand will adopt the time-honoured tactic of whipping balls high above Federer’s backhand shoulder. Logic as well as history suggests it will prove effective, but then again stories don’t always work that way.