7 Wonders of the (sporting) World – Parkrun 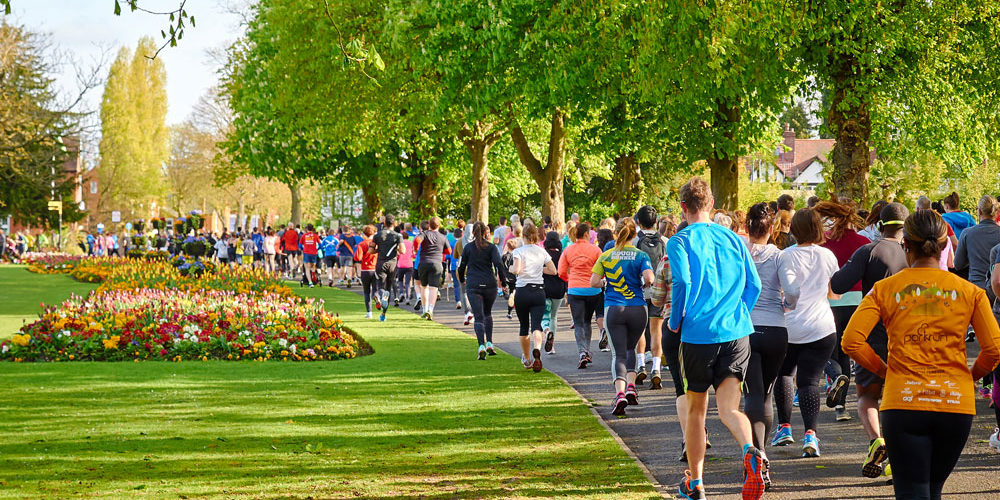 SPORTS MARKETING SURVEYS INC. Begins a series identifying the 7 sporting wonders of the world, unusual, transcendent sports events, brands or people who reach beyond sporting boundaries. On the day the event registers its 5 millionth runner, the first in our series looks at Parkrun.

In terms of sporting events that do what they say on the tin, it is hard to think of a better example than Parkrun. Yet from a simple idea comes staggering numbers. At the time of writing there are 568 locations offering Parkrun in the UK, and almost 1.8m UK runners who have spent a combined 1,274 years running laps around parks and spaces across the UK.

In fact, Parkrun is more than just running. Participants can walk, or sprint, or jog, or amble or limp or trudge or get round on foot just about any way they wish.

The diversity of its runners is part of what makes Parkrun different.  Parkrun opens its doors to everybody, regardless of ability or age. The oldest regular is 86 years old and primary school age students are often spotted running the shorter 2km junior distance. The movement’s stated goal is to have an event in every community that wants one, and to that end, the website provides hints and help for anyone hoping to set up a Parkrun in their own area.

It doesn’t matter if you’ve done no exercise since school or if you’re training for a marathon or ultramarathon (in fact former GB athlete Andrew Baddeley holds the UK record at 13:48), if you go once or every week, Parkrun is there to provide a safe, fun, sociable way to run 5km on a Saturday morning.

Crucially, Parkrun has managed to reward achievement without appearing elitist. runners earn milestones based on the number of Parkruns, either as a runner or a volunteer, but there are no prizes for winning in any given week. Participants can find and track their results online, but there is no maximum finishing time.  The emphasis is on getting outdoors, improving, setting personal bests, getting fit, making friends and most importantly, having fun.

Responsible for providing the Parkrun experience is an army of volunteers, most of whom are runners themselves. Volunteers are responsible for setting up and managing every aspect of parkrun, from pre-event set-up to barcode scanning, tail running or even cheerleading on corners. This has allowed Parkrun to minimise the barriers to entry, a key feature of its extraordinary spurt in popularity. The events are free to enter, and registration is streamlined to make this as easy as possible.

London is where it all began, with 13 people running across Bushy Park on the 2nd October 2004. As Parkrun’s popularity has exploded worldwide, London still has more park run events than any other city in the world. The city even has ‘Park Run tourists’ who attempt to complete the entire park runs in London and label the achievement #LonDone. Others have attempted to run a Parkrun starting with every letter of the alphabet or tried to run the first event at every new parkrun. Unofficial website add-ons even allow athletes to monitor their progress in other unusual Parkrun based challenges, such as the “Groundhog day” – the same time at the same location in two consecutive weeks, or stopwatch bingo – “collect all finishing seconds between 00 and 59.

Today, the event spreads well beyond the UK, to 20 countries worldwide. Starting with the first international event in Zimbabwe in 2007, Parkrun now offers events in over 1,600 parks, served by over 400,000 total volunteers. It is a simple idea that is already a global force.

As the number of runners and volunteers grows, so too does Parkrun’s scope of operations. In fact, 2018 sees the launch of a new venture for Parkrun founder Paul Sinton-Hewitt. New apparel brand Contra will offer a range of running clothing in ten sizes, based on ethically produced, high quality fabrics, with the profits going to Parkrun. The brand name is new, but the ownership and vision are shared with Parkrun, to remove as many barriers to exercise as possible.

Parkrun is so barrier free that GPs in the UK are even suggesting the events to treat a range of conditions including obesity, whilst a special Parkrun formed part of the NHS’s 70th birthday celebrations in June this year.

There aren’t many initiatives that can truly be said to change how the world exercises. Parkrun might just be one of them.