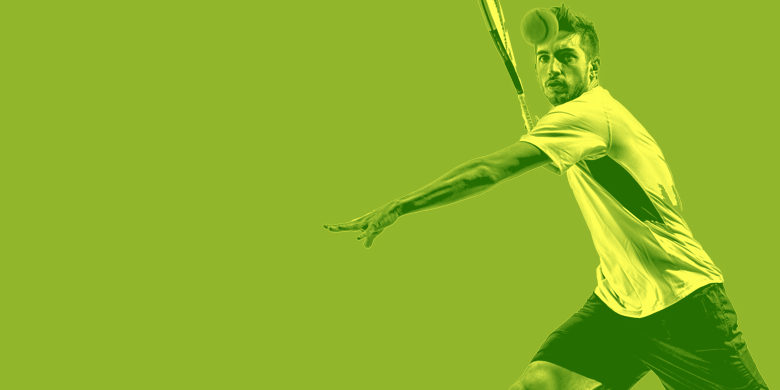 For the 11th consecutive year, the ATP finals arrive in London, bringing the game’s best male players to the 02 Arena. Using SPORTS MARKETING SURVEYS INC.’s equipment census research from earlier in the tennis season, we look at how the racquet, shoe and shirt usage will shape up in the singles competition the capital.

Head user Alexander Zverev will defend the title he sensationally won in 2018. Coming for his crown is an intriguing mix of some of the greats of the sport and some of tennis’ brightest newcomers.  They will play for a prize fund of $9m, $5m less than the purse awarded at the WTA finals event last week.

Between them, the players will be representing four different racquet brands, four shoe suppliers and five apparel providers. Head will lead the racquet count with three of the eight racquets in play, with two each for Wilson and Babolat, and a single Tecnifibre racquet being wielded by Medvedev.

In equipment terms, adidas will be the number one shirt supplier on display, worn by three of the eight, with adidas and Nike sharing the lead in shoes, with three pairs each. Other brands represented include Lacoste which has two shirt wearers in Djokovic and Medvedev, Uniqlo, Nike, Lotto and Asics. Brand managers will perhaps be relieved by the draw. All those brands with multiple representatives in any category, racquets, shoes and shirts are represented by players in both groups and so will be on display day in day out during the tournament.

Naturally, for most this will not be the first time that they have showcased their skills in the UK capital this year. Five of the eight were among the 20 male players who spent the most time on show courts during the Wimbledon Championships, earning substantial visibility for their sponsors during the event.

For Roger Federer 2019 will represent his 17th straight appearance in the season finale. His 16 previous appearances are not only an ATP record, but they are also almost double the entire total for Group Andre Agassi which includes two debutants alongside Nadal (8 appearances) and Zverev (2).

SPORTS MARKETING SURVEYS INC. is an experienced supplier of equipment censuses for major sports and mass participation events. It has operated the official Wimbledon Census for 35 consecutive years, and is the European Tour Official Census Provider. It has also run equipment censuses on items such as shoes and bikes at events like cycling sportives, marathons, and the World Triathlon Championships.

Equipment censuses can be used to make a range of marketing claims, and by using an independent supplier such as SMS INC., brands can enhance their promotional materials. Results from equipment censuses can also be used by events organisers in negotiations with brands and suppliers.

Statistics relating to equipment use in this article are taken from the SMS INC. Wimbledon Equipment Census 2019. For more information about the results or to discuss how you could use them to benefit your organisation, please contact ed.willis@sportsmarketingsurveysinc.com