Sport and Coronavirus – Part 3 – The Return of Sport

Sport and Coronavirus – Part 3 – The Return of Sport

In parts one and two of this series, we looked at fresh data streams to analyse how the sports market in Great Britain was reacting to the Covid-19 crisis. What we identified was an understandable state of shock. The disrupting of daily rhythms and working patterns initially pushed participation into decline, not just for those sports that were expressly prohibited, but also in sports that were still permitted. Widespread working from home for example had affected cycling participation, particularly among those populations and demographics most likely to commute by bike. Many runners and walkers were put off by health fears, and worries about social distancing on their favourite trails. At the same time, this industry crunch was at least partially offset by a growth in people finding new and alternative ways to exercise, whether working out from home, or taking to the pavements. At the same time, while many of these people may have dusted off old running shoes or bikes growing rusty in the garden shed, our research found that a significant number were also driven to new spend on a range of exercise equipment.

Having dealt first with the impact of the arrival of the virus, and then with forecasts for ongoing spend during the quarantine period, we now turn our focus to what the sporting world might look like as the lockdown begins, at different speeds, and in different places, to loosen.

For many in the industry and at grass roots level, it will feel like the British sporting Spring, usually synonymous with willow on leather, twilight tee times, marathon season and so much more, has vanished. But if that paints a bleak picture, it bears remembering that astronomically at least, Spring still has some way to run. Summer only technically begins on the 21st June.

With Boris Johnson’s announcement on the 10th May that, in England at least, sport can return within households or with one non-household member only, a sporting Spring may yet materialise. Certainly, for some sports, the announcement means a near Narnian transition from bleak midwinter to Spring, with golf courses, tennis clubs, fishing spots, and many more flinging open their doors.

These measures follow other such slackening around the world. Even in mid-April as much of Europe went into lockdown, almost half of US golf courses remained open. The Tennis Europe “return to tennis” map has shown rapid greening as much of Western, Central and Southern Europe returned to play. As of the 15th May, only a minority of 12 countries had no tennis at all.

At this point, it is important to remember that return to play does not mean “back to normal”. Normal has run away, and shows no signs of turning back. Institutions that seemed indissoluble will be absent for 2020. The Wimbledon Championships, The Open, the conclusion of the Six Nations, school and university summer seasons. Those who have found ways back must deal with unexpected questions about how to tailor their products. To beam fake crowd noise into stadiums to create atmosphere, or not?  To postpone tournaments or muddle through without fans? People will have differing attitudes to these and many more questions. The welcome return of the Bundesliga was praised by some for restoring a modicum of normality, even for having the added advantage of showcasing the on-field communication by players, coaches and staff. Others found it cold or eerie.

Some events meanwhile will lend themselves to the socially distanced world. The NFL for instance won plaudits for its virtual draft. Flexibility and creativity are watchwords for the sporting future but there is no switch that can turn the lights back on, let alone wish away the impact of recent weeks.

Those facilities and venues that do reopen will find themselves having to learn and adapt at an accelerated pace. There will be expenditure on signage, messaging and staffing to follow the loss of income from the weeks of closure. Some will need to define new staff protocols or contracts, others to implement new technologies to move away from roll-up play and towards online only booking and closer slot management.

There will also be searching questions about capacity control and the customer journey to ensure that facilities provide for social distancing. At least at first, this will mean parts of a complex including cafes, restaurants and locker rooms remaining closed even as courts and courses open. On-site revenues from food, drink, and merchandise will continue to be lost if these parts of the business cannot function. Group lessons, in which many sports have found an accessible, appealing way to attract new beginners or lapsed players, may lose some of their lustre if people are nervous about interacting outside their household.

Even though consumers may wish to spend money on the sports they can play after weeks away, this revenue will likely continue to flow online rather than on-site, which will hit facilities and their margins. In categories where fit or comfort is a key driver of purchase, apparel or footwear for example, brands too may find that the direction of travel towards online sales leads to more customer retention and diminished willingness to try new products. If consumers are buying blind, and know that a particular brand is a good fit for their body, they may be more likely than previously to purchase again from this brand, and less likely to try, and potentially have to deal with returning, another brand. Retailers are already creating more flexible returns policies and timelines in order to combat this.

It is important that they do so, since just as the evidence suggests that ongoing lockdown has not dampened spend entirely, it also suggests that it will not do so after the crisis “ends”. Overall slightly greater proportions of players report planning a sports equipment spend for after the virus has passed, compared to those buying at earlier stages of the crisis. In fact, 5% of respondents say they are planning a purchase of an outdoor bike, stationary bike, and running shoes for after the outbreak.

Equally interesting is the impact on participation. Lockdown lifting means a further shift to the sporting landscape, already grappling with a new reality. Will those golfers who have invested in bikes continue cycling? Will the tennis players buying running shoes continue to run? Will the people who have discovered home workouts re-join a gym or find that the monthly subscription is a worthwhile saving? It is worth asking these questions, because if the answer is that people do continue the sports they have taken up in lockdown, and if they do so alongside their existing pursuits, it will mean a fundamental redrawing and enhancing both of the sporting map, but also of physical, mental and social health.

Let’s examine the numbers turning to new sports. 52% of 2019 golfers cycling regularly during lockdown. 45% of swimmers running regularly. 32% of tennis players taking up home weights/gym exercises. To take the first of these as an example, we know from our Participation research that Golf returns from a position of buoyancy, the highest participation levels since 2015, with 3.1m golfers playing on a full-length course in 2019. If half of these golfers cycle regularly, that means over 1.5m cyclists.

Already, cities are leaping to rise to the challenge. In London, Paris and many more, governments are investing heavily in infrastructure to create a mix of temporary and permanent cycling and walking lanes. Pedestrianisation continues apace, and worldwide the trend is towards deterring motorists from city centres.

That is not to say that it will be simple. Investment in Coronalanes must be matched by new mobility hubs to allow for cycling storage as well as by companies in opening up cycle to work schemes or providing shower or changing space for people commuting to work in greener, but more active and potentially fatiguing ways.

That is not to say that all sports will see an immediate rebound. Current regulations allowing play with one non household member will be of small comfort for team sports. Most people do not live with an entire cricket XI or rugby XV or even with enough players for basketball or volleyball. There is a very real possibility that the cricket season will be lost, and that hockey, football, rugby, netball seasons starting in the autumn will be either interrupted or fundamentally different, with post-match teas and socialising in jeopardy. The managed return of professional sports will not automatically translate to grass roots. The Premier League, if it does return to complete the 2020 season, will not automatically affect the situation on Hackney Marshes. In the immediate future, these sports may struggle to retain players who have started to get their first taste of other sports. Even this shift may pale in comparison to the other more potentially dramatic impacts, for example between gyms and at-home exercise. Industries dependent on overseas tourism, like Winter Sports, do not know what the 2020/21 season might look like.

In the longer term, the reupholstered fabric of work too, stands to boost sport across the country. As millions of people discover the advantages of working from home, and as employers discover that many are as productive or more productive when liberated from a draining commute, there is a once in a generation opportunity to break down barriers to sport and exercise both at home and in public and private spaces. The time and money saved commuting could well be poured into the same things that are keeping many people happy and healthy during lockdown – sport.

For those that do still have to commute, might they change how they do it, and run, walk, or cycle?

From both quantitative and anecdotal evidence, bikes are being bought by wide and varying subsets of society. What our data indicates is that there are potential new cyclists coming from a range of other sports including footballers, golfers, gym goers and runners.

Will such trends lead to the much-heralded revolution in active lifestyles, and greater physical, social and mental wellbeing driven by sport and exercise? We will see, and we will be studying the where, why, who, how and when around the world in the meantime.

Sports are like countries. They are not islands, and play in Great Britain cannot remain isolated from the ideas, initiatives and best practices that will ripple around the different sports around the world. From Australia to Zimbabwe, from Athletics to Zumba to, sport will have to change. Not only that, but it will have to keep changing. Fortunately, sport is good at moving fast.

"In the longer term, the reupholstered fabric of work stands to boost sport" 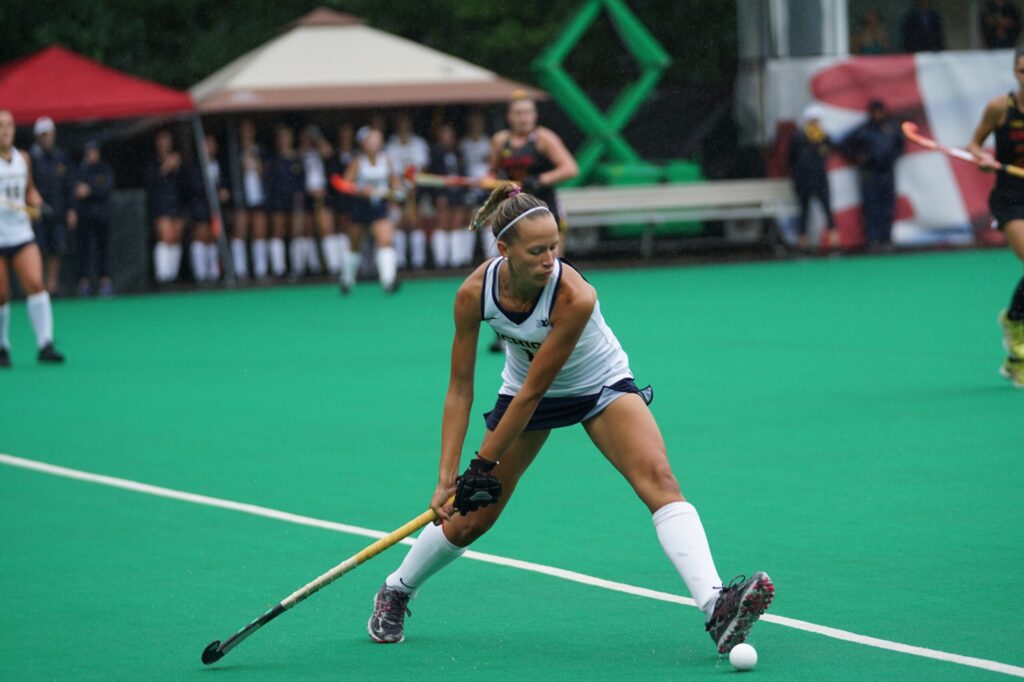