Novak Djokovic's Return Trip Should Not Be Underestimated 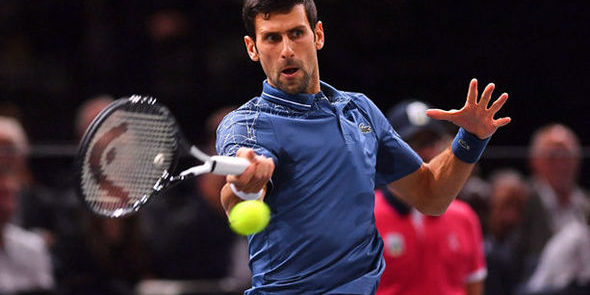 The return trip effect is one of many scientific theories that suggests that human beings are astonishingly poor at perceiving time. Our sense of days, hours and minutes passing is subjective. As such, research suggests that when humans visit a new destination, and then come back, it often seems like the return has gone faster than the outward journey. Sometimes that can be a blessing – when the road home from work feels quicker than the way there, or when a long journey to a holiday doesn’t prevent us from dreading the return journey throughout our stay. However, if we apply this principle in sport in the same way as in transport, it can often become a curse – causing us to modulate praise and underestimate success, with the effect of downplaying the extraordinary effort that a return trip can take.

This time last November, Novak Djokovic was in limbo. Having experienced his very own big bang theory, in his elbow joint during a painful loss to Tomas Berdych at Wimbledon, Djokovic spent as much time with James Corden as with net cords that month, appearing on the Late Late Show as he counted down towards a December return to action. That return was eventually delayed to January, only for a second round under the knife after the Australian Open. Almost more worrying than the surgeries were the struggles at the start of 2018, losing early at Indian Wells and Miami, showing green shoots at Monte Carlo, before additional setbacks at Barcelona and Madrid. A surprise defeat to an inspired Marco Cecchinato at Roland-Garros, just as it looked like Djokovic was back, left many questioning whether Djokovic’s mental game was fully rehabilitated.

Those doubts have since been banished in some style. Djokovic picked himself up from that loss and for the next few months has appeared to channel the ghost of Djokovic past. His results since the French Open read 31 wins and two losses. That spell includes back to back Grand Slams at Wimbledon and the US Open as well as a victory at the Cincinatti Masters that made him the first player to win all nine ATP Masters 1000 tournaments.  When Novak Djokovic pulled out of this week’s Paris Masters, it was confirmed that Djokovic would be returning to a number one ranking that he has occupied for 223 weeks, 27 more than Rafael Nadal.  A win in Paris would be a fourth straight title. With no ranking points to defend, it is hard to see Djokovic failing to end the year as the top ranked player in the world. That would make him the first player in ATP history to do so after starting the season outside the top 20.

Despite the circumstances of his return to number one, to tell a story of a comeback accelerated by others’ weaknesses is to do an extreme disservice to Djokovic. When the Serb renewed his rivalry with Nadal in an epic Wimbledon semi final in July, it was Djokovic who advanced. This despite the game coming relatively early in his comeback, despite playing a Nadal fresh from an 11th Roland-Garros crown, on a 17 match winning streak, and operating at his highest grass court level for seven years.

We have come to expect comebacks from sporting superstars. In a year that has also witnessed Tiger Woods’ return to the winners’ circle, a year after Federer and Nadal’s own resummiting of tennis’ peaks, it would be easy to overlook Djokovic’s efforts. Coupled with the fact that his on course personality is one of unusually refined relentlessness, it is easy to look back and see his return as inevitable. Yet to do so would be grossly unfair to the effort Djokovic has put in to get back to this point. Two surgeries; almost a full year of not playing or playing tennis well below his usual standards; the returns to full form and fitness of Roger Federer and Rafael Nadal – these are factors that tend to banish inevitability.

In July, Djokovic posted an open letter on his website about the mental hurdles his comeback had involved jumping.

“I was vulnerable so many times in the last few years. And I am still vulnerable. I am not ashamed of it. … It allows me to “dig deep” and analyse what is truly happening inside of me. For the last 2 years, I wasn’t patient with my tennis expectations. I wasn’t wise in strategizing. And I certainly wasn’t clearly hearing my body telling me that there is something serious happening with my elbow. I was trying to find solutions somewhere else and solution was always inside of me.

After many changes made with training, racket, team members, I didn’t know if I would be able to get back on the desired level of tennis. Actually, one part of me always believes in my own qualities and capabilities. But there was a lot of doubtful moments where course of action could have gone different ways.”

Djokovic’s raw writing hints at some of the pain and doubt that assailed him during his time away from the top of the game. The player himself acknowledges that in some of those moments his career could have gone either way, in other words, that the comeback could just as easily have failed. Even if from the outside the return seems shorter, easier, inevitable, it was far from it.

Men’s tennis has been the story of comebacks in the last two years, from Federer and Nadal sweeping the 2017 Grand Slams to Juan Martin Del Potro’s return to a grand slam final after his own toils through injury, surgery and rehabilitation. Andy Murray too is still struggling for fitness and consistency. The signs are that Djokovic’s comeback could prove to be at once the most sustained and the most dramatic of the pack.

When Djokovic plays the sort of tennis that has lit up the ATP Tour in the second half of this year, his opponents must wonder if they are experiencing their own version of the return trip effect. Try as they might, forehand or backhand, serve or return, baseline or net, the ball always seems to return faster, harder and more accurately than their own shot. For those players, outblasted and outlasted in equal measure, the journey to the top must be feeling some way off. For Djokovic, back at the summit of men’s tennis, the return trip must be beginning to feel like it was a lifetime ago.